The Blue Slipper Theatre continues its tradition of offering the best in community theatre as it has for 50 years. The Blue Slipper, located in the heart of Livingston, Montana’s historic downtown district, produces five full-length productions each season, with a variety of
comedic and dramatic selections included in the annual lineup.

The Blue Slipper has been a Livingston landmark for the last four
decades. We’re an all-volunteer, non-profit organization and we rely on season ticket sales, box office revenue, and donations to cover our production costs and operating expenses. Over the years hundreds of people have volunteered their time both on stage and behind the scenes. If you would like to get involved with the Blue Slipper, give us a call  at 406-222-7720,  email us at blueslippertheatre@gmail.com or stop by.

A LITTLE BIT OF HISTORY

The Park County Theatre Guild was organized and founded by Livingston native Don Johns, who was the driving force behind the theatre for nearly 30 years. Blue Slipper Theatre, Livingston MT Under Johns’ direction, the Guild presented its first play, “A Mighty Man is He,” in March of 1964 at the Livingston Golf & Country Club. Admission was $1.50. The roving theatre troupe presented its second play, the melodrama “Dirty Work at the Crossroads,” at Winans School in May of 1964.

Then in August of 1964, the Guild moved into its first real home at 213 South Main Street. The Guild rented space and remodeled the old Browning Tool Company building into a theatre. The first play presented there was “The Heiress” in September of 1964.

In September of 1965, Guild board members chose the name “Blue Slipper Theatre.” Guild member Klairaine Haskins, who sometimes wore a pair of blue high heels, suggested the name and it stuck. Grace and Finus Lewis, who owned several movie theatres in the area, donated the seating to the Blue Slipper in 1965. Then, in 1966, the theatre Guild received its biggest gift when contractor Jay McLaughlin gave the Guild a donation to purchase the Park County News building at 113 East Callender Street from Fred and Dorothy Martin. The Martins then gave the Guild a portion of the sale back to fund the remodeling of the building.

Built in 1901 as the original home of the Livingston Post, the building had always housed either newspapers or printing shops. Work began in January of 1967, turning the old newspaper office into the Blue Slipper’s permanent home. The old Livingston Post building was sold to the Guild and it has been our permanent home ever since. 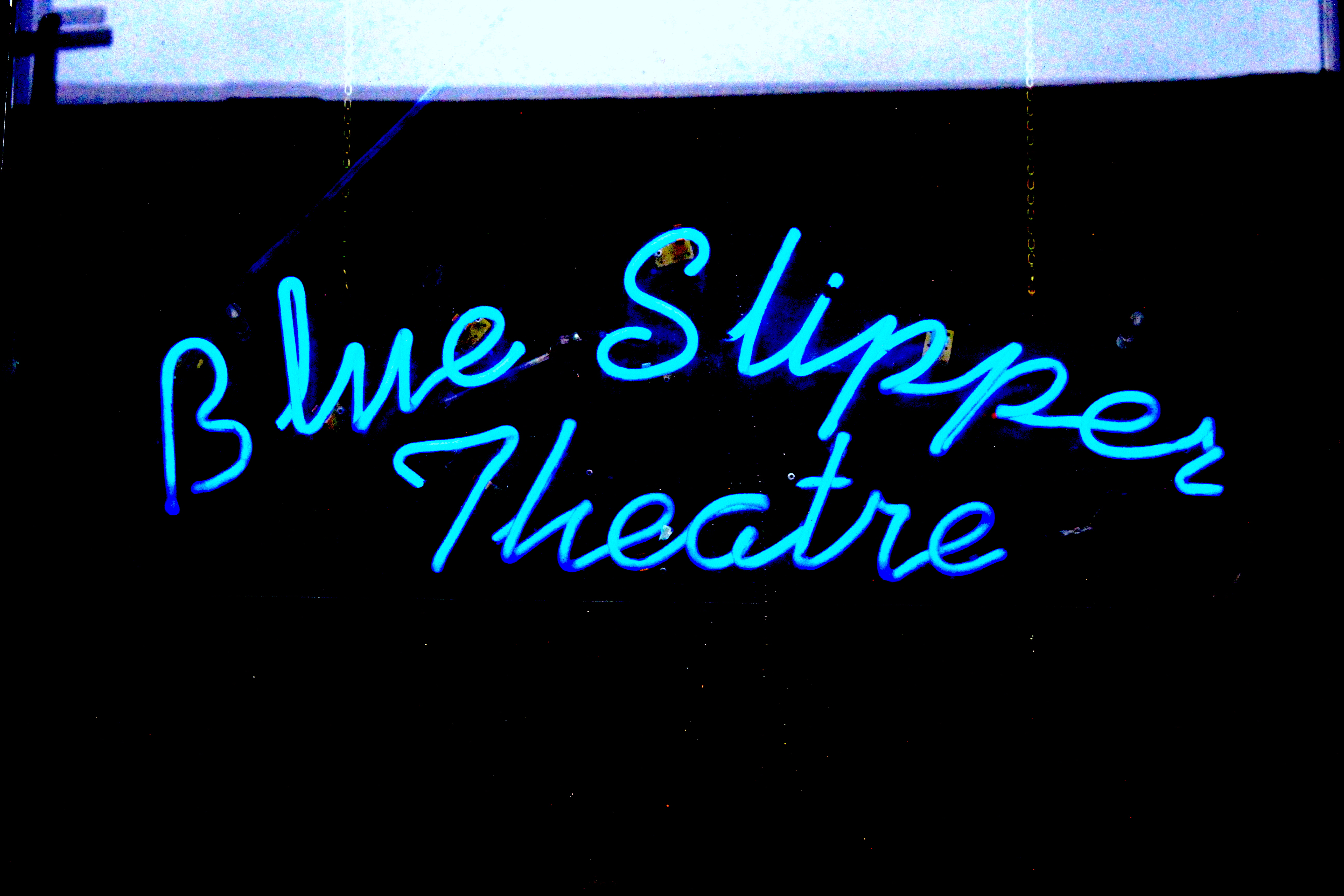